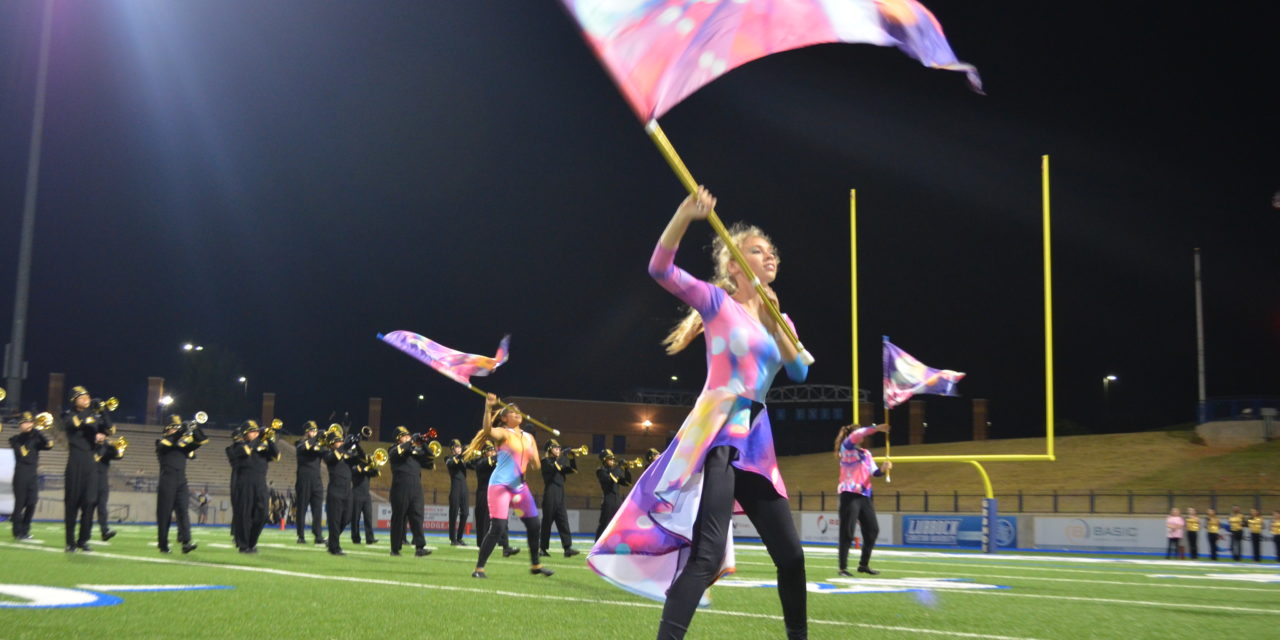 Abilene High Head Band Director Jonathan Kraemer and his staff are looking forward to another year being in charge of the Oldest Marching Band in Texas.

Last year, Dr. Kraemer and the Eagle Band made it to the UIL Area Marching Competition in Odessa, but were unable to advance to state. This year, the Eagle Band has a unique opportunity competing in the Bands of America West Texas Regional Championships in Midland. (DATES!!!)

“We’ve never been to a contest like this since I’ve been here,” Eagle Band Director Jonathan Kraemer said. “The format is so markedly different than the UIL experience, so not only are we going to see phenomenal bands coming from a long way away, but we’re going to get a whole new set of critiques, judging, and suggestions on how to make our band better as we become more competitive down the road, especially with next year being a state year.”

The Eagle Band’s show for this year is titled “Once Upon a Dream.”

“It goes through a series of emotions and feelings evident in dreams,” Kraemer said. “Our show has everything from feel good stuff to a little bit darker and edgier at times, but it ultimately ends with hope and a good message. There are lots of variations in music along the way.”

The Eagle Band will be working hard during these next couple of weeks to fully prepare themselves for one of the biggest high school marching competitions in America. This opportunity could be a major step towards qualifying for state next year.

“I would love to place high in BOA [Bands of America] this year,” Eagle Band senior drum major Jada Williams said. “That would be awesome. I don’t like to have a lot of expectations when we go to competitions. I’m all for fun and doing competitions to just enjoy it. I want us to be satisfied with every performance we have this season.”

Dr. Kraemer and his drum majors seem to be on the same page.

“I want us to all be pleased with the product on the field,” Kraemer said. “And that when it’s all said and done that there’s no regret and when we leave the field, that we know we did the best job we could.”

Dr. Kraemer and his staff have set higher expectations for his students this season.

“I expect great things,” Kraemer said. “The students are working really hard and we’ve put a lot of time and effort into planning and practicing where we want to go. I’m really pumped about it.”

Last year, the Eagle band missed 18 rehearsals due to scheduling issues, rain, and other inconveniences prior to their performance at area.

“We’ve had more advanced warning about everything coming up,” Kraemer said. “Our biggest struggle last year was that when we finally got everything up and running, there was still a lot of things in flux and this year we really truly started planning for back in November of last year. So being able to see all of those things fall into place is really kind of cool.”

Dr. Kraemer thoroughly enjoys the community his band has created.

“The students are hands down the primary reason I love this job,” Kraemer said. “I love music and rehearsals, but the kids we have here are excellent, hard-working, and a real joy to be around. It really helps me get out of bed every morning.”

Senior Caleb Queen has been in band all four years of high school, and has been the band’s chaplain for the past two years.

“My role is not only to provide spiritual guidance,” Queen said. “But just making sure that people are enjoying things and are getting a healthy experience in band and not getting overwhelmed with life.”

The soloists for the Eagle Band’s show this year are Brian Lester on trombone, Parker Fowlkes and Brooke Garduno on mellophone, Caleb Queen on alto sax, and Jada Williams on clarinet.

“This is my second year being a soloist,” Queen said. “It’s a lot of fun. It can be a little nerve-racking but as a performer, you get to express something completely different in a marching show.”
The Eagle Band has high expectations for this marching season, and this group will be working incredibly hard to make sure everything is ready for a major performance on October 12th. 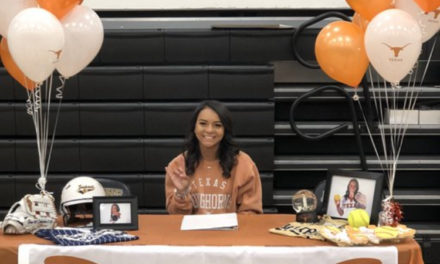 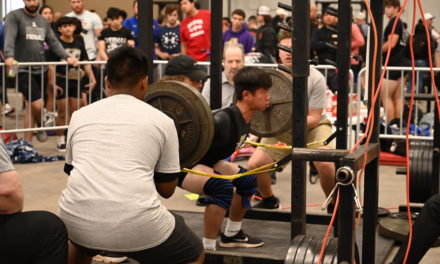 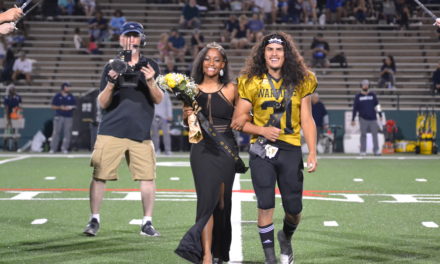 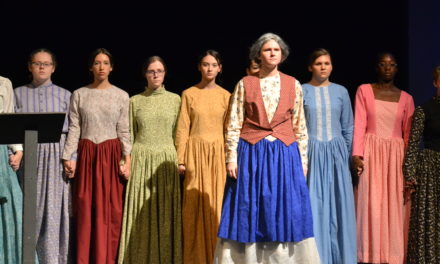