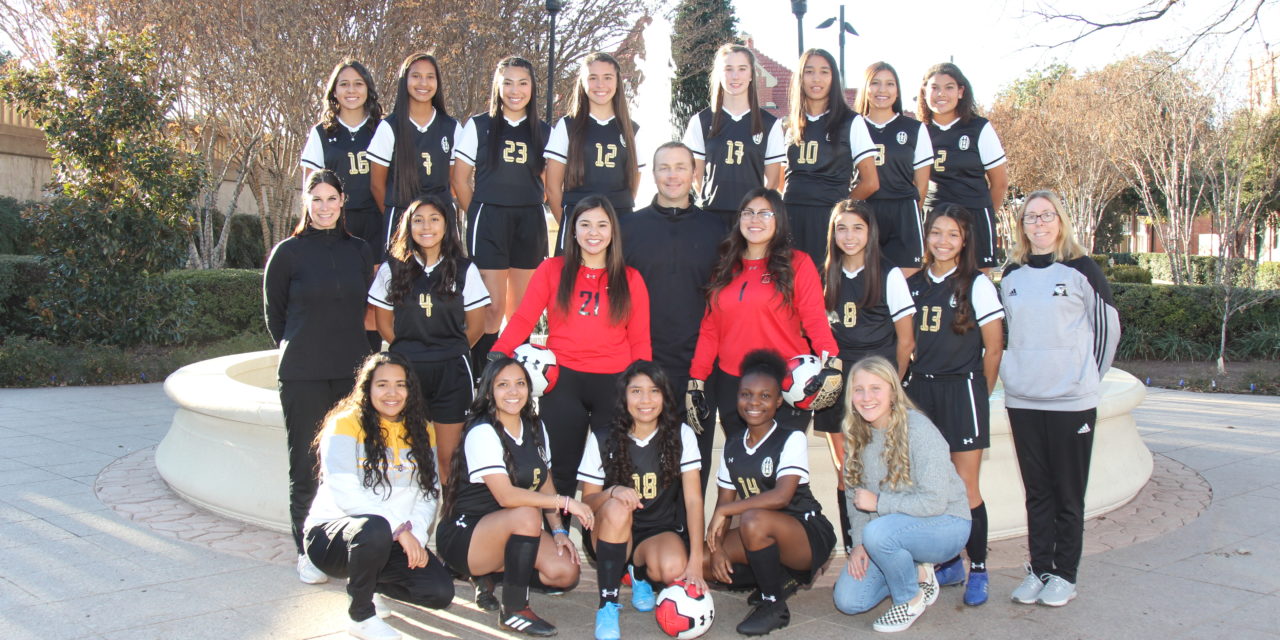 The Lady eagles wrapped up the Embree Duck Creek soccer tournament with a win over Garland and Naaman in the title game on Jan. 2, Saturday evening in Garland. The Lady Eagles (4-0) outscored opponents 7-1 in winning the competition.

“Before the game, we had this green marker that means ‘Go Green’, it’s where you write, me for example: my dog, my grandma, and every time we look at it it’s supposed to get us motivated and push us even harder.” said Aubrie Aguirre. “It’s something that helped motivate me and the others.”

AHS got the last remaining score with 21 seconds left in regulation. Aliyah Monroe was fouled, and on the restart of the play, got the ball to Justine Martinez, who scored the game winning goal for the following game. Eileen Cedillo had four saves in the first half and Victoria Saucedo had five in the second half.

“Getting into the game it reminded me of hurting my ankle and trying to get back in the flow of everything has really pushed me to keep going.” said Monroe.

AHS advanced to the title game with a 2-0 victory over Garland earlier in the day to win. Martinez got the only goal the Lady Eagles needed in the first half. Amaris got the second goal in the remaining half.

“We were all good moving the ball around, we just needed to know when to settle and possess certain parts.” said Martinez.

The Lady Eagles opened the tournament with a 2-1 win over Irving High on Thursday Jan. 2. Ale Jessup’s goal in the game was the game-winner.

“All of us as a team, keep each other motivated when we are in the game, especially when all of us know it’s getting tough.” said Jocelyn Reese.

AHS scored the game’s first goal. Irving then ended up with a draw in the opening half. Jessup got the game-winning goal on a pass from Jocelyn Reece. Cedillo had two saves in the first half at goal for the Lady Eagles, Saucedo had one in the second half.

“Just seeing these girls grow and work in the game motivates me because everyone is just doing their hardest out there.” said Monroe.

AHS then beat Cedar Hill 2-0 on Friday Jan. 3. Bertha Sanchez and Jaydn Hernandez each scored. Sanchez put the Lady Eagles up 1-0 off a pass from Amaya in the first half. Hernandez made it 2-0 before halftime. Cedillo then had two saves in the first half, Saucedo made four in the second half.

“We’re not just playing our hardest for ourselves during the game, we’re doing it for the team as well because we all are there to pick each other back up at the end of the day.” said Saucedo. 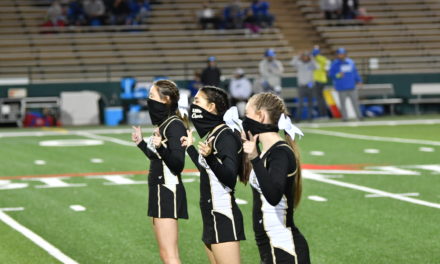 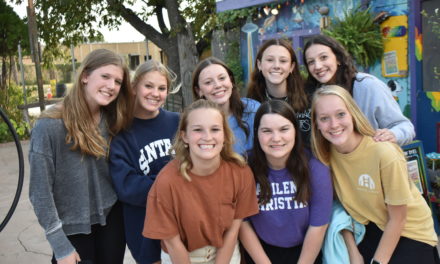 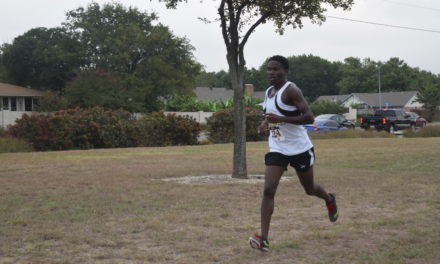