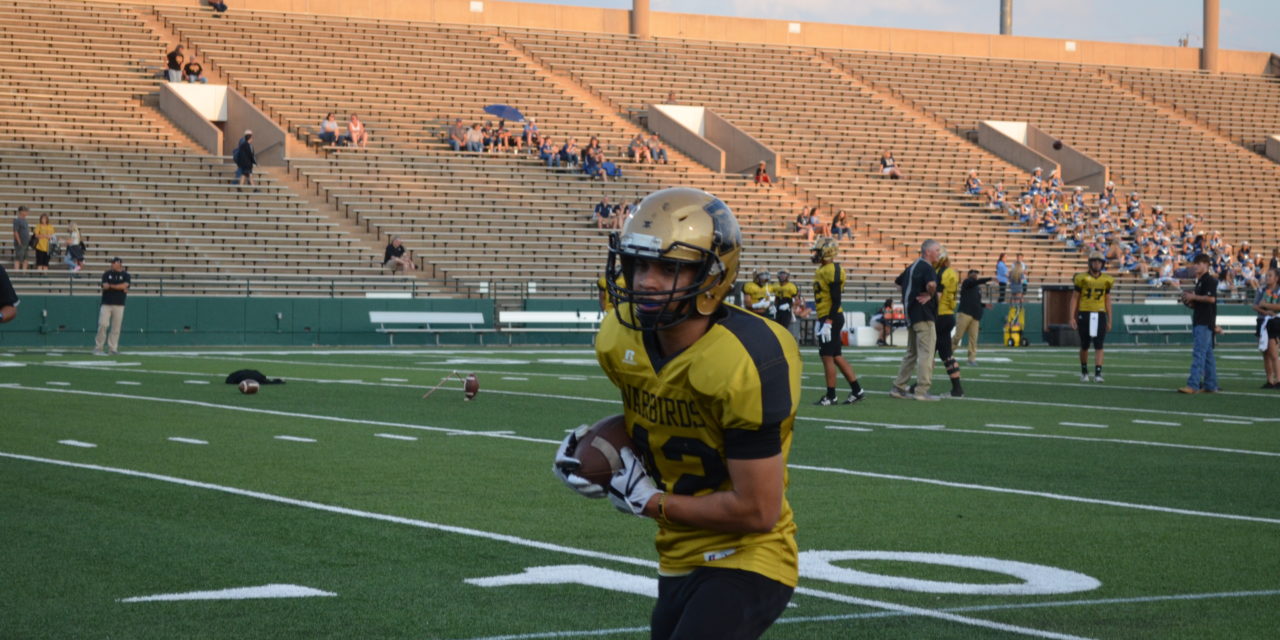 The Abilene High Eagles got back on track in district play Friday night, Oct. 4, shutting out the L.D. Bell Blue Raiders 13-0. The homecoming win marked the biggest win of the season for Eagles head coach Michael Fullen.

“This win right here is our biggest achievement so far this season,” Fullen said. “Getting a district win is big.”

“We expected the triple option to be efficient to an extent and it was,” Eagles outside linebacker Phillip Tellez, senior, said. “But we played the way our coaches taught us to and were able to get a shutout.”

Even though the defense played well, the Eagles’ special teams won the game. Defensive lineman Dylan Wright, senior, blocked a Raiders punt in the first quarter to help shift the momentum of the game, leading to a Joseph Martinez field goal.

“He really does continue to impress me,” Fullen said of Wright. “He’s getting better every week and really perfecting his craft.”

The Eagles took a 3-0 advantage heading into halftime, but with running back Alphonzo Dotson, junior, returning after an ankle injury, he scored on a four-yard run and gave the Eagles a 10-0 lead with 6:52 left in the third quarter.

Dotson, out due to injury the previous three games, made an impact in his first game back, finishing with 20 carries for 104 yards and a touchdown.

The Eagles secondary, a relatively inexperienced group, picked Bell quarterback Landry Choate off twice and held him to just 12 yards of passing.

“It’s been hard at times for sure,” Fullen said of the inexperienced secondary. “But they’re coming along and doing really well.”

The Eagles will take on the San Angelo Bobcats (3-3, 1-1 in district) this Friday at San Angelo Stadium at 7.

“We gotta get better on offense,” Fullen said. “We gotta have better execution and we gotta continue to play some good solid defense.”

“Our car is now back in the race for district,” Fullen said.

Despite the victory the Eagles still have improvements to make.

“We can improve on staying in the game for all four quarters and not giving yardage up the middle,” Tellez said. “We have to keep that gas pedal all the way down.”

With the victory against the Rebels, the Eagles are now 1-1 in District 3-6A play, 2-4 overall.

“Our car is now back in the race for district,” Fullen said. 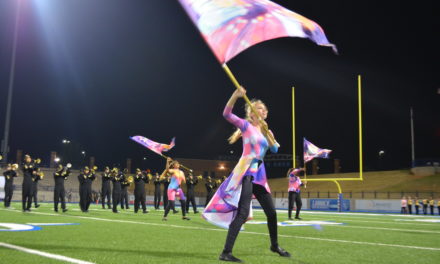 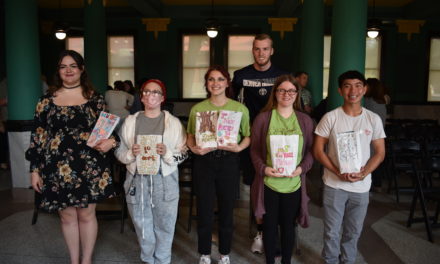